Wendel grew up in Eunice, LA where he started playing at a young age and was surrounded by different types of music ranging from gospel, blues and jazz to soul, funk and zydeco.

He graduated from Eunice High School in 1988 and went on to study music at Southern University in Baton Rouge, LA. Tilford was a member of the Southern University marching band, internationally known as the “Human JukeBox”, under the direction of Dr. Isaac Greggs and the Jazz Ensemble under the direction of Alvin Batiste. He received a Bachelor of Science Degree in Secondary Education (Instrumental Music) in 1995 and later received a Master of Education from American Intercontinental University in 2006.

Tilford has taught hundreds of students throughout Louisiana and Texas over the years. As a trumpeter, vocalist, and composer/ arranger, he is a life-long learner and continues to push the limits of creativity, performance and showmanship. Wendel joined the New Orleans Hustlers Brass Band back. 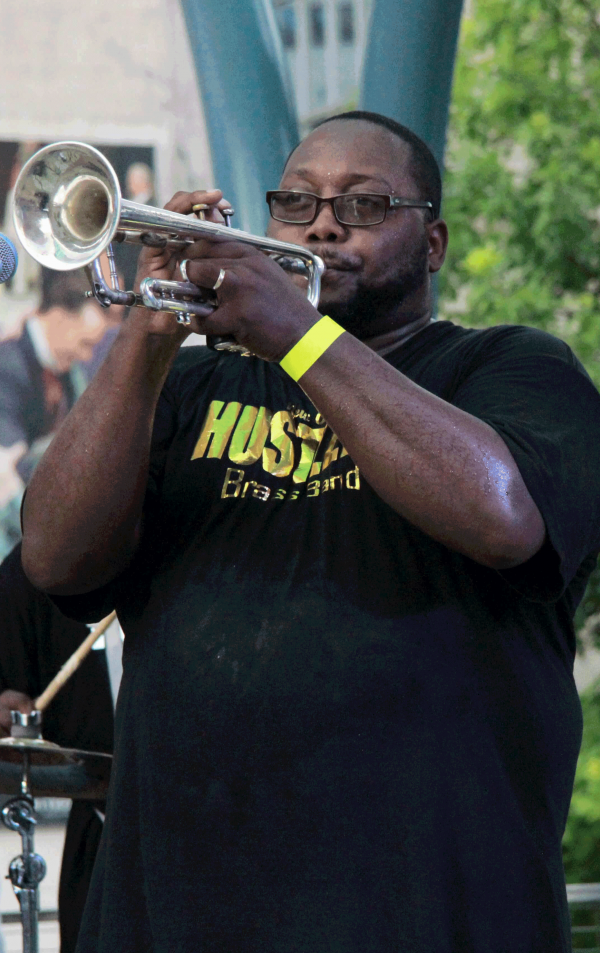