After graduating high school, he joined the world renowned Southern University Marching Band aka “Human Jukebox” in Baton Rouge, La. Demond joined the Hustlers Brass Band back in 2014 after moving to Houston from Baton Rouge.

.  In 2003, he appeared on the TV Dating show “Elimadate” and also auditioned for American Idol back in 2005 and was 1 vote away from making it to Hollywood. In his spare time, he enjoys singing, bowling, shooting pool and performing in stage plays. 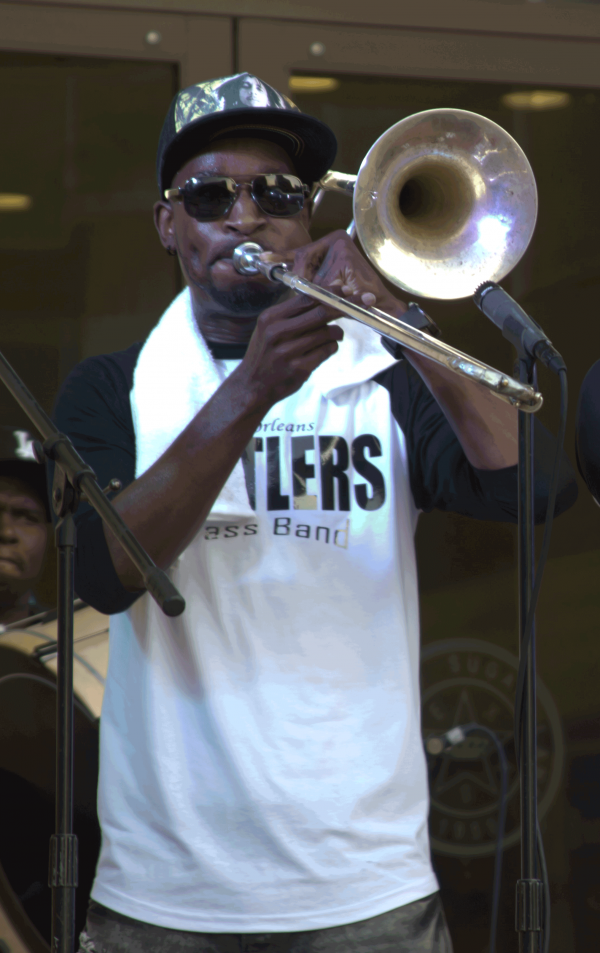