Joel Washington was born September 19, 1986 and is a native New Orleans, La. Joel played snare drum throughout elementary school and then moved to tenor drum in middle School.

. Although, neither his elementary nor middle School had a marching band, he played the drums at church to continue to sharpen his skills, as well as listen to other drummers and schools drum lines within his area. In high school, he joined the band at Warren Easton Fundamental Senior High school and became section leader over the drum line.

While in high school, Joel help start a brass band called the All For One brass band which played all over the city of New Orleans. After graduation, Joel moved to Houston and joined Texas Southern University Marching Band aka “Ocean of Soul”. He did 4 years as a member of TxSU’s Funk Train drumline and became section leader his last year. 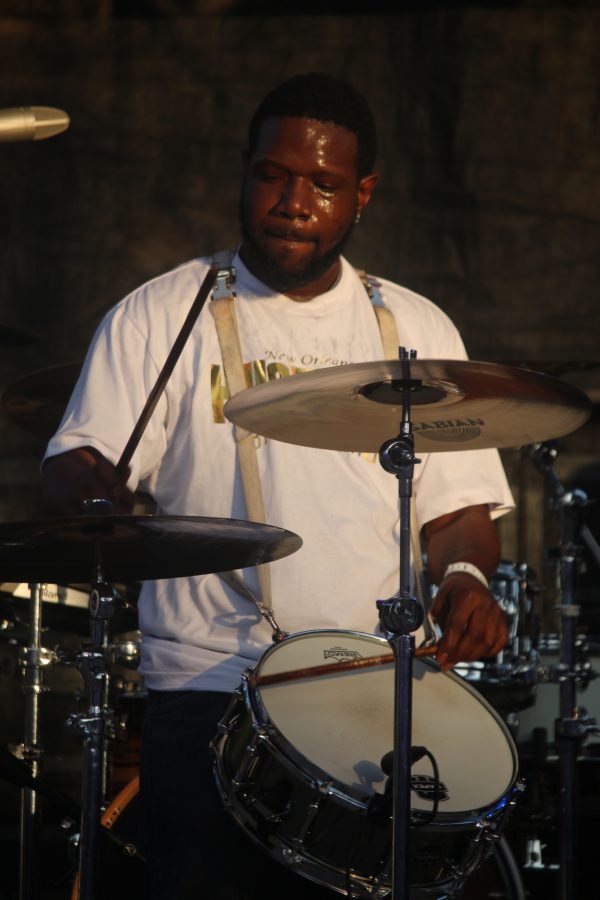 After graduating from TSU, Joel continued to play in church again until he got a call from a friend to come to a rehearsal/performance for the New Orleans Hustlers Brass Band in 2007. Ever since then he has performed with the band and wouldn’t have asked for anything else.