Devin was born in New Orleans and spent his late teenage years in Houston, TX. Due to Hurricane Katrina. He is currently a senior at Texas Southern University with a major in Occupational Therapy.

Devin has been playing trombone for over 9 years and every minute of it Growing up as a child he started off following in his father’s (Damion Francois of the original members of the Soul Rebels Brass Band) footsteps on tuba.

He eventually grew into his own identity and found that he was more intrigued with trombone. Devin gained his brass band experience playing with the Hustlers off and on thru his teenage years eventually joining the band. 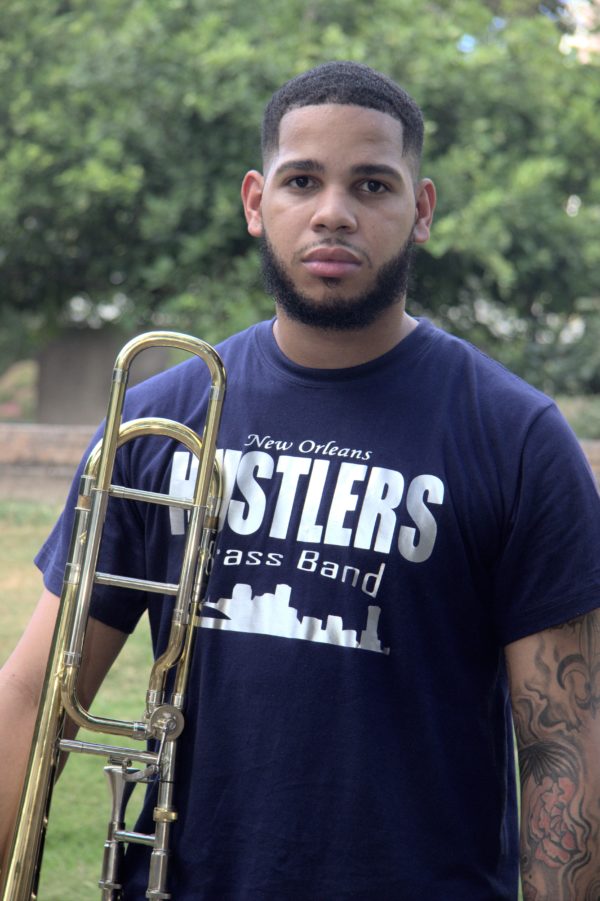